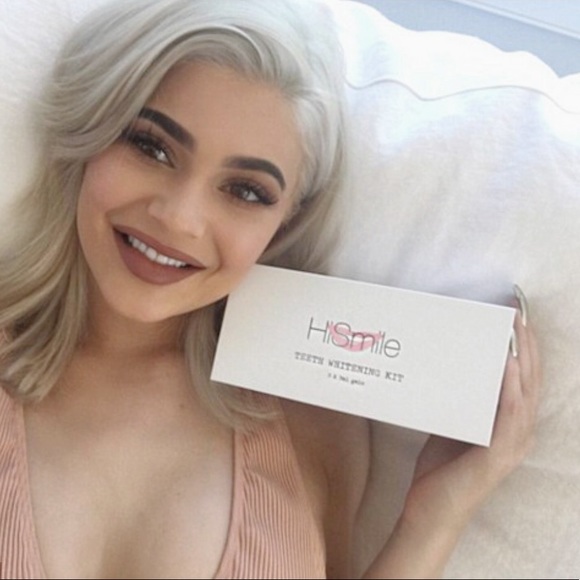 Would you bleach your teeth for that movie screen smile?

When you put any money towards whitening your teeth, you’re allowing for the same chemical, hydrogen peroxide, that is used to bleach and strip hair of colour to be put in your mouth.

Pearly white teeth are a must in the beauty world thanks to the sponsored posts and glowing smiles of Instagram influencers. There’s an array of stunning supermodels and professional athletes endorsing the over the counter products and they even have the tick of approval by most of the Kardashian clan.

There is the option to have your teeth whitened by a dentist but at no small cost. Zoe Macpherson, student and proud owner of professionally whitened teeth, believes that

“home whitening kits don’t have the same turn out as a professional. I had my teeth whitened two years ago and they still look exactly the same without having to do any maintenance. Using a kit doesn’t give you the same results and you have to constantly be using it”.

But for those who can’t afford to spend “$350 per tooth” like Zoe, there’s the option to bleach your teeth from the comforts of your very own home. HiSmile, LumiBrite and Ice White Teeth are just a few brands who promise you a perfect smile for a more affordable price.

It’s as simple as putting a gel into a mouth piece attached to an LED light and putting the tray in your mouth with promised results in just ten minutes.

Although this option seems affordable and easy it might not necessarily be the safest. Not all at-home teeth whitening kits use hydrogen peroxide but it’s important to look out for the ones that do.

“studies have shown that hydrogen peroxide is an irritant and also cytotoxic (damaging to living cells). It is known that at concentrations of 10% hydrogen peroxide or higher, the chemical is potentially corrosive to mucous membranes or skin, and can cause a burning sensation and tissue damage”.

So the dangers are there but your favourite celebrity on Instagram might not be telling you that.

They also may forget to mention you may not look as attractive as them during the process.

I’m no dentist but I think it would be fair to assume that not all healthy teeth are supposed to reflect the sunlight off them and catch everyone’s eyes who walk past. Now while they look really nice across billboards, magazines and tv screens when the average Joe decides they want to look like an A-lister they run the risk of sticking out like a sore thumb.

There is always the cheaper option I use, which is just editing your photos to make your teeth seem whiter. No one can complain that it’s costly or harmful.

But with teeth whitening being such a sought-after trend nowadays the question remains, is this bizarre trend worth being a part of and how far will you go for beauty? What’s next… do it yourself Botox?