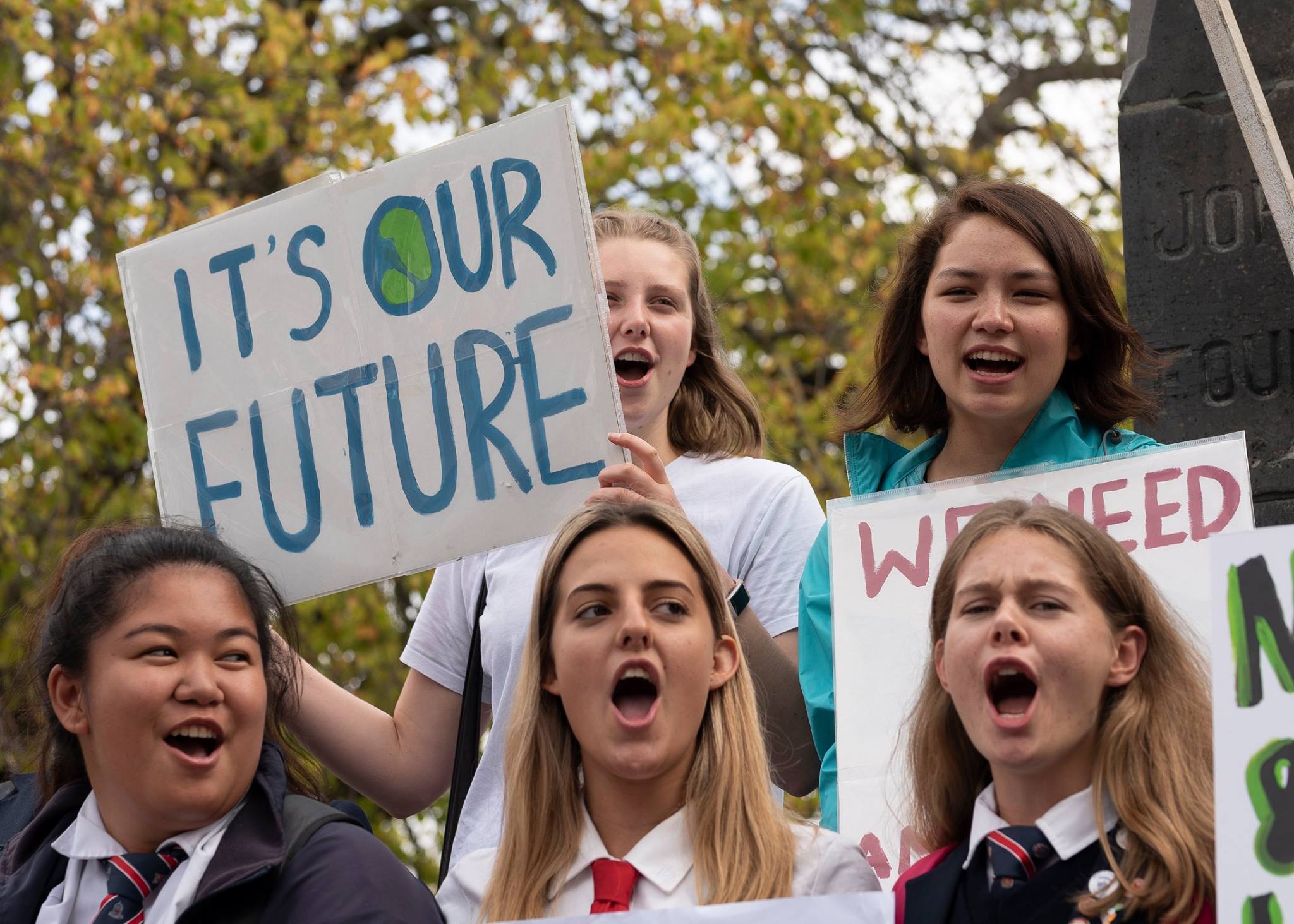 A climate change movement is gaining momentum globally and today’s youth is taking the lead.

The School Strike 4 Climate rally is a student-organized event, a part of the global Fridays For Future movement where young people leave school for a day in order to protest for climate change action.

A report from the Intergovernmental Panel on Climate Change (IPCC) warns that the Earth’s global warming should stay well below 1.5 degrees Celsius or risk catastrophic environmental damage to our planet.

“Even that burden you leave to us children”. Frank and brutally honest, 16-year-old Greta Thunberg delivered this cutting speech to a UN Climate Change Conference, spearheading a global movement that was inspired by her earlier protests where she missed school to sit outside Stockholm parliament with a banner that read “kolstrejk för klimatet” (school strike for climate).

When Thunberg started her solitary protests in the August of 2018, her lone figure stood in stark contrast to the magnitude of her mission.

Three months on and 17,000 strikers in 17 countries joined her cause.

In March of this year, the largest strike to date was recorded with 1.8 million people across the globe participating.

At the same time, 30,000 strikers from multiple events spanning New Zealand were recorded with hundreds filling squares, marching through city centres and protesting outside parliament.

“What do want? Climate action! When do we want it? Now!” On March 15, a group of youths stood on the base of Godley statue in Christchurch’s Cathedral Square, colourful banners with urgent messages of action held high as they led the hundred strong crowd to chant as one.

These young activists demand carbon neutrality by the year 2050, the year UN researchers have estimated for the world’s population to exceed the available resources earth can offer. They insist on cancelling permits for explorations of fossil fuels. They ask for tighter regulations on agriculture emissions.

Evidently, not everyone is supportive. Politicians question the impact of the strike while some educators did not show full support for the March rally, reasoning that it was only for students to skip out on school and threatened them to be marked truant.

“Climate change is bigger than two periods off school, it’s a crisis!” One of the Christchurch organisers, 17 year old Mia Sutherland shared this response when asked to comment on those that tried to prevent the strikes from happening.

Even so, the government may very well be feeling the pressure. They have declared a commitment to passing the Zero Carbon Act this year and vowed to cut the nation’s climate pollution.

In Christchurch, the local council is working towards moving to a low-carbon economy and hopes to be carbon-neutral as early as 2030.

As for the future of the movement, there will be another nation-wide School Strike 4 Climate on May 24. However, the day’s events will differ from the strike before.

“This will look different in different towns and cities across Aotearoa as they work out what’s going to be best for them.”

One thing is for sure: this movement will not be stopping anytime soon.