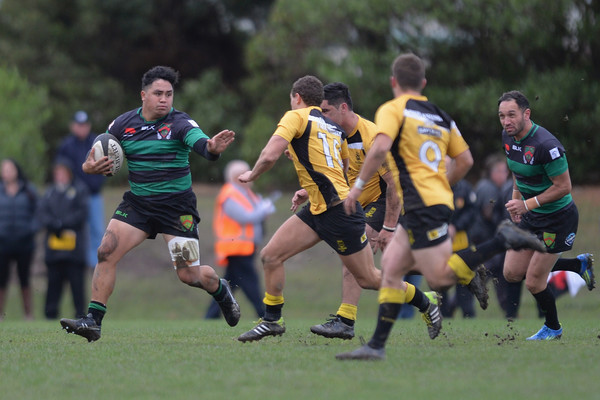 Fitness and sport have long been a key part of the definition of New Zealand culture, with early national successes establishing a strong passion for sport within us.

This is continued today, not just through elite sports teams such as the All Blacks, Silver Ferns or the Black Sticks, but also through club sport, with hundreds of thousands of ordinary Kiwis taking part in sport at the local level. Many men and women throughout the Canterbury region are among those who get involved each weekend.

However, there are a number of specific factors that are hindering young adults from becoming involved in their local sports club. This is illustrated by a recent Sport NZ survey, which found a 22% decrease in involvement after leaving school.

Cost, time and moving away from home are all key reasons why youth sport is increasingly under threat. With young adults’ demands not being met throughout Canterbury sports clubs, participation is down, even with some clubs’ best efforts.

By looking further into the two main causes of this, and the efforts of clubs in Canterbury to change this narrative, we can understand why this may be occurring.

After leaving school though, many young adults are stepping away from sport as it becomes harder and more effort is needed to keep up their involvement.

One way that this is being combatted across a range of sports is through club teams attempting to create relationships with schools, in an effort to minimise this drop off.

Jake Chalken, Sports Co-ordinator at Shirley Boys High, talked about the school’s relationships with local clubs across a wide range of sports, such as their strong relationship with New Brighton Rugby Club. “By having this link between the schools and clubs, there is less chance that we lose kids to the sport,” he said.

Another of these key relationships for Shirley Boys High is with the Atami Basketball Club, which Connor Page, U23 and Premier player, mentioned. Page discussed the important role the links between schools and clubs have in ensuring that there are pathways for players post-school, supporting the recent addition of U23 and U20 Basketball leagues.

Another key aspect of accessibility is the field time allowed, with many sports in Canterbury needing to share facilities. This also plays a role in the cost of sport.

Page also discussed the issues with court time, saying “Court hire isn’t funded by the council like some other sports in Canterbury”. Club subscription costs are required to fund this, a problem also experienced in other sports.

Hockey is another sport that has this widespread issue, although it was recently eased by the introduction of the Nga Puna Wai Sports Complex. With court and turf hire necessary to facilitate trainings and games, costs remain high in these sports where there are few subsidies for youth involvement.

Cost also effects other various aspects of sporting involvement, such as travel, equipment and subscription costs. Throughout Canterbury, this is a key hinderance for youth involvement in club sport, stopping students from getting involved.

Things are looking up though as more clubs across Canterbury sport are looking to aid players.

High School Old Boys (HSOB) Cricket Club is one of these, providing the opportunity for school leavers to play their first season subscription free, while also awarding scholarships. The Canterbury Rugby Referees Association is another group that aids youth involvement through scholarships.

These initiatives by clubs are increasingly having an impact on pushing sporting involvement post-school, with a range of sports struggling with the same problems. All these issues lead to a balancing act, with the need to cover costs but also attract and ensure youth involvement in their respective sporting club.

In addition to work done by Sport NZ, who have announced new initiatives to support women’s sport for 12-18-year olds, there is certainly other effort being put into ensuring youth involvement. Providing support and assistance for young adults to get into sport appears to be the way forward for clubs in Canterbury, especially to reverse the developing trend that goes against New Zealand’s sporting culture and to ensure Canterbury remains a dominant force in New Zealand Sport.