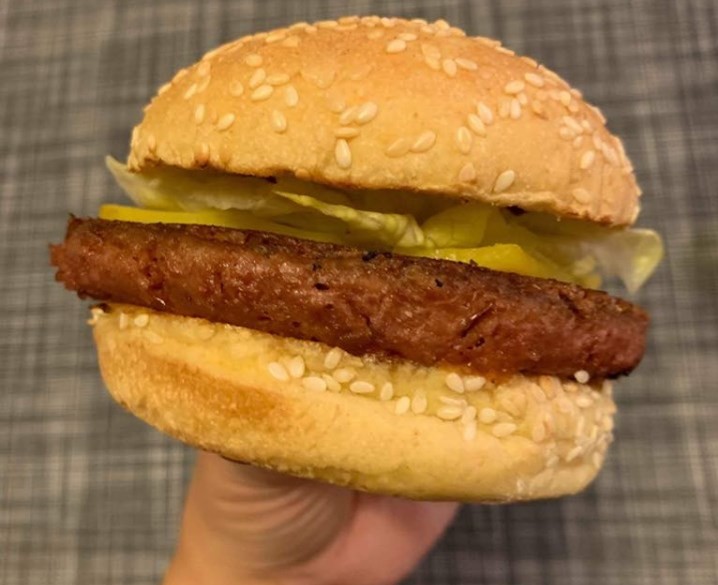 ‘Meatless May’ has arrived and BurgerFuel has jumped on the bandwagon and introduced the Mini Beyond Beleaf Burger to the menu.

My initial review was that, as always, the final product in real life did not look anything like the picture perfect version being advertised. This is unsurprising in the fast food world, but still pretty disappointing. I mean, look at that pale lettuce and lack of (vegan) cheese! Moving past the aesthetic, what did the all important ‘meat’ taste like? The texture was in fact super meat like. It was better than any meat substitute I have tried from the supermarket! Other brands tend to feel quite gritty due to the ingredients consisting of beans, tofu or otherwise. The taste however was pretty average. So although it had the texture of beef, there just wasn’t enough flavour to satisfy. Considering taste is probably the most important aspect of the product, I wasn’t entirely sold.

I wanted another perspective so I had a meat-eater try it too, and as it turns out their review was quite the opposite entirely. While they thought it tasted pretty good, they were not so keen on the texture. They didn’t feel it was necessarily very meat like, more like a beetroot patty with a stringy texture, but nice nonetheless.

You may have to try this one to gauge your own thoughts here!

Overall, as a vegetarian, I liked the ‘meat’ but the burger in its entirety was quite bland. I wouldn’t pick this over the classic V8 Vegan which, for only a couple of dollars more, comes with a thousand percent more flavour and punch. I love you BurgerFuel, but this one was a no from me.