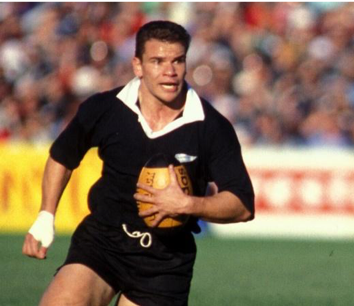 In the wake of the mosque shootings in March, a call for the Crusaders rugby team to change their name was put forward. What had started as an online opinion had then become somewhat of a major issue that stirred a lot of commotion on the web. The term ‘Crusaders’ didn’t sit well with many, as it has ties to the killing of many Muslims in the medieval period. It was labelled as a disrespect to the families of the 50 victims.

Generally, religion and rugby aren’t always meddled up in the same sentence or conversation. However, it is important to discuss such issues and how they impact each other.

Let’s kick the rugby ball to the heavens and see what we find!

Religious issues have always been associated with the game of rugby at some point. There was the issue that involved the great All Black, Sir Michael Jones, refusing to play on Sundays due to his Christian faith. Then there’s the religious imagery and actions used by players to show their beliefs: cross symbols on players’ wristbands and celebrations that resemble a cross.

Recently, there have been bigger issues in the sport where religion is involved that have landed some players in serious trouble. Wallabies fullback Israel Folau has had his rugby contract ripped up over a post he had made on social media. In the post, Folau draws up a pinpointed list of people who are doomed for hell. Drunks, homosexuals, and adulterers are just a few of the names in the list.

Australian Rugby Union labelled the 30yearold’s online actions as a “high level breach of the Professional Players’Code of Conduct”.

Therearea lot of questions that come to mind with this issue. Is a rugby player only allowed to say things that align with his/her club’s satisfaction? What topics are necessary to discusswithin the means of your sports’stance?

We tend to forget at times that when the siren signals the end of a match, these athletesbecome normal citizens just like us. They’ll say some things from time to time that won’t sit well with society. We are so used to seeing them as indestructible, fierce creatures on the pitch that it is unusual seeing them completely fumble the ball.

However, if you look closely between Jones and Folau’s methods of proving their point, the difference is quite clear. Jones took a more silent and effective approach that didn’t need to be bashed out in words of hate and anger. It is vital for these players to consider expressing their views with a positive focus. Other players have been left confused after this whole scenario, on whether being Christian will ruin their career.

Former Manu Samoa and London Irish centre Seilala Mapusua said in an interview that the problem is also due to the lack of knowledge players have on the appropriate useof social media. “The players now are having to deal with a lot and the more understanding they can get around social media and what it comes with and support around it the better, because they’re having to deal with a whole different beast,” Mapusua said. Mapusua is one of the founding board members of Pacific Rugby Players Association, an organisation designed to help prepare Pacific players with issues that align with their profession.

As a Christian, I am proud of the teachings that I receive about the principles and morals of my religion. Relaying such messages to non-Christians requires a tone that can carry the message in a manner of peace and tranquillity. By this, I mean finding the balance of how you say something to someone without crossing with their beliefs and their perspective.

Everyone is entitled to their opinion, regardless of the profession they are in. Being a Christian and an athleteof faith is a beautiful thing and should never be seenas judgemental or hateful.

Athletes should be well informed of how to deal with their beliefs and how they use their stance as a way of promoting how beautiful religion is. Rugby is a sport that is supposed to unite people, not one that should causecommotion and conflict.