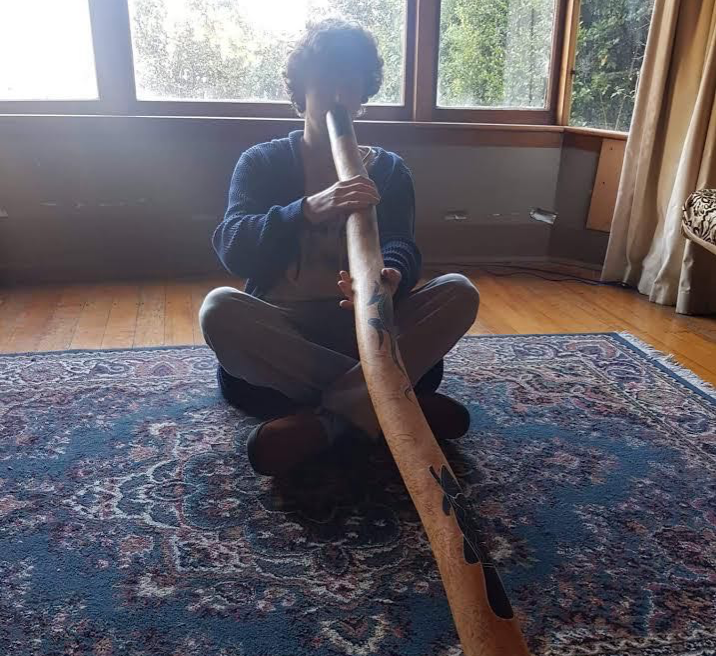 The didgeridoo is an ancient and mythical instrument, making it the perfect celebratory-student-loan-paying-off gift for someone like myself.

My dive into the ‘didge-sphere’ began with a $100 Trade Me purchase. I had to ensure that the didgeridoo I received was of ample quality. When the didgeridoo arrived, I knew that my money was well spent, perhaps the best $100 I had ever spent. I had no clue whether it was authentic, in fact it’s likely that it wasn’t, but that didn’t matter because it still looked cool.

The instrument had some weight to it, which made me all the more excited to play it. In my experience, the heavier the instrument the heartier the sound.

As I brought the didgeridoo to my lips, my pasty white genes kicked in and I had the sudden urge to let my hair thicken into dreadlocks, but nonetheless I resisted this temptation.

Taking a deep breath, I was ready to emit my first didgeridoo sound, half-expecting that I would transform into a didgeridoo prodigy right away. I imagined my first drone would vibrate the house with the entire spiritual energy of Uluru, but alas, the only sound that emanated from the end of my didgeridoo was that of disappointment.

In an effort to further my didgeridoo abilities, I decided to do some research and find out more about the art of the the instrument. Authentic didgeridoos are made from eucalyptus tree trunks that have been hollowed out by termites. The hollow trunk is then stripped of its bark and the outside is shaped and decorated, resulting in a functioning didgeridoo.

While my next few attempts were just as disappointing as the first, I persisted, eventually managing to get the hang of it, producing a drone I could be proud of. This wasn’t enough though, I wanted to become a didgeridoo master. So, I decided to delve into the depths of the internet in order to take my didgeridoo-ing to the next level.

I gained many small nuggets of information while scouring the internet. There were many sites that got me super excited with promises of providing sneaky didgeridoo mastering methods, only to hit me with the oldest trick in the book, the classic subscription fee.

I learnt about circular breathing, where one blows out of their mouth while inhaling through their nose to produce a continuous didgeridoo note, the longest of which was played by a fellow named Mark Atkins for a not-so-humble 50 minutes and 38 seconds.

This inspired me, perhaps one day my claim to fame would be ‘that one dude who could play the didgeridoo for a really long time’. Unfortunately for me, this might take some time because, despite the help of YouTuber Big Pete’s handy circular breathing guide, I have yet to get the hang of it.

Overall, through all the many comments I have received regarding my didgeridoo; “Why would you ever buy a didgeridoo?” “What on earth possessed you to buy one?” “Yo, what is wrong with you man?”, I have persevered. And to be honest, I’ve become quite the reasonable didgeridoo player if I don’t say so myself.

The aboriginal people of Australia claim to have been playing the didgeridoo for 40,000 years, and I can hardly blame them. 40 hours in and I am still having a blast. I can make a variety of different noises by rolling my tongue and moving my mouth around and every day I feel I am getting closer and closer to becoming a full realised didgeridude. Watch this space, I guess.

Super Rugby – Is It Really That Super?