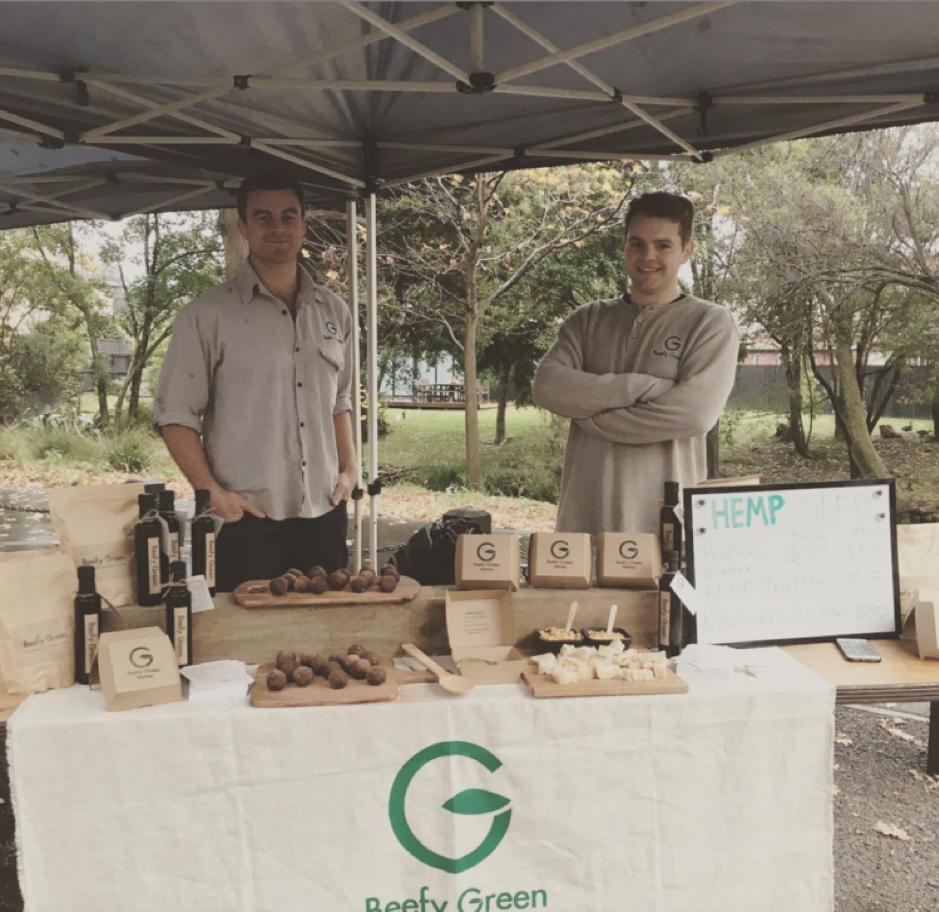 In a world where single-use plastics, unnecessary packaging, and rural waste is constantly being criticised by the public and the government, the search for more sustainable and eco-friendly solutions that can replace petroleum-based plastics is ongoing.

However, the struggle for a solution could soon be ending as former rural bank manager Brad Lake, and Pharmacy graduate Brendon McIntosh are leading a hemp revolution in New Zealand.

Brad and Brendon are on a mission to shake the stigma of hemp by developing various products from the plant including clothing, protein powders and pet food. They even have a kids ‘snack bar’ in production which is set to be released in supermarkets later this year.

For their products to succeed, public knowledge of the versatility and benefits of the plant needs to become clearer. Despite what most people believe, hemp is not marijuana. Think of it more like marijuana’s sober cousin.

Hemp contains less than 0.3% THC (the cannabinoid that has psychoactive properties and gets you high) which is not enough to have any psychoactive effect on the consumer. Hemp does, however, contain a highly beneficial cannabinoid called CBD, which is widely used as a relaxant for mental conditions such as PTSD and anxiety. Hemp can also be used as a pain relief and anti-inflammatory for the likes of injuries and arthritis.

Hemp seeds (also known as ‘hemp hearts’) contain over 30% fat and are rich in omega-3 and omega-6. Yet, despite their undeniable health benefits, New Zealand was the last country in the world to legalise the consumption of hemp seed. Before the legislation in November of 2018, Brad and Brendon had to sell their hemp hearts at markets throughout Canterbury as pet food.

“95% of the world’s governments think it’s an acceptable food product. Here we were, in what we thought was a progressive, forward-thinking country, where McDonald’s can sell chicken nuggets to school children, but we weren’t allowed to sell nature’s most nutritionally complete seed to adults.”

A few years later, and with new legislation making it easier for the duo to sell their hemp products to a bigger market, the entrepreneurs won a food innovation award. Their hemp protein bar for gym goers won the food starter competition put on by Foodstuffs, Ministry of Awesome and Blinc Innovation, who were trying to bring food manufacturing back to Christchurch.

Brad and Brendon have five small businesses that are fully operational, including a hemp oil cosmetic brand ‘Koaka’ and a clothing label collaborating with designer Eden Sloss, called ‘Original Canvas’. The expansion and growth of each of their endeavours involving hemp is proof of how versatile hemp can be.

Working with Eden Sloss on Original Canvas seemed like a no brainer. She gained experience in sustainable fashion while studying in Dunedin and is passionate about making a change in the industry.

“I realised that a lot of what we wear is made of synthetic plastics, just like the food waste and all the other products we consume that are crap. I started looking into sustainable fashion and then throughout my three years it developed from learning sustainability to trying to use natural fabrics. I was using linens and trying to educate myself and learn more about the industry and then I found out that hemp was a really sustainable fibre.”

With a short growing cycle, hemp can be harvested three to four times per year depending on seasonal conditions, and uses less than 10% of the water required to grow cotton.

Eden believes that using hemp fibres is the future in sustainable fashion. “Hemp uses no chemical sprays like pesticides, instead it regenerates the soil it’s grown in for future harvests and hemp absorbs four times as much carbon dioxide from the atmosphere than trees do.”

As a garment, hemp fabric is long lasting, breathable, insular, and moisture-wicking so it’s good for outdoor wear. It has the added benefit of being antistatic and antimicrobial (it kills bacteria) so you could spot clean it instead of constantly washing it.

With many exciting products on the horizon, Brad had one message that resonates: “We can’t continue to do what we’ve already been doing – not just from an ecological perspective but from an economic,” he says. “At the moment, New Zealand is being a follower, when we definitely should be growing the best plant-based protein in the world, the way we do with all our other agricultural crops.”

‘Kōaka cosmetics’ are available in Pharmacies across the country and Heart and Soul Gallery in New Regent Street, Christchurch.