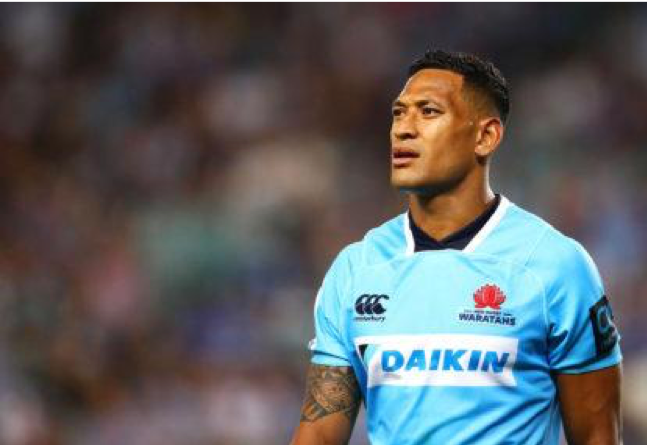 Over the last month or so, superstar rugby phenomenon Israel Folau has been in hot water after posting extremely controversial posts regarding his religious views, and how they impact his thoughts on homosexuality.

Folau’s posts talked about the “inevitable” outcome that homosexuals will end up in hell. His post also mentions other people, such as drunks, having similar outcomes.

Israel Folau’s wife, Kiwi netballer Maria Folau, has also copped a lot of backlash as she has supported her husband through this tough time.

Silver Ferns management have made it clear that they have no issue with selecting Maria Folau, who has stuck by his side through the thick and thin of this situation.

From what we have seen going around, it does not seem that the Folaus’ marriage has been affected by Israel’s latest controversy.

In a statement he says;

“I would like to thank my wife Maria for her love and encouragement to stay true to our beliefs. We have been humbled by the support we have received from family, friends, players, fans and the wider community”.

This not only shows the strength of their marriage but also their commitment to their beliefs and religion. Through the controversy of these past few weeks, Maria has stuck with her husband.

The Australian Rugby Board has made the decision to terminate Israel’s contract. Folau has since appealed the decision.

Folau has stated his sadness surrounding what has happened, despite his lack of regret in exercising his right to freedom of speech.

Going with the grain

Educators TV Show – What You Need to Know

Game of the Week – Subnautica: Below Zero