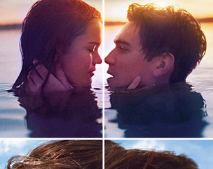 Netflix has recently added a new movie called The Last Summer to its video streaming service.

The Last Summer is an American film, which was released on the 3rd of May 2019, and runs for approximately 149 minutes. It is classed as a romantic comedy/drama which is aimed at more of a teen or young adult audience.

The cast of The Last Summer is a bunch of young, hip actors, making for an exciting trio of people to help draw in its younger audience. Many of the actors featured in The Last Summer are actors from other movies and television shows featured on Netflix. One of the main male characters (Griffin) is played by KJ Apa, a New Zealand actor whose career has skyrocketed since his role on Shortland Street.

The plot concerns four students who all know each other and attend the same school. Each of them is about to head off on their separate paths and embark on their own new adventures, after their last summer together comes to an end. Each of them journeys off to a separate college as they find their own place in the world.

Whilst enjoying their last summer together, they will all find themselves in challenging situations such as breakups, new romances, new friendships, reconnecting with old flames, finding the means to start new chapters and, for some, getting out of their comfort zones and trying new things.

The main couple within The Last Summer is clearly Griffin and Phoebe, who have known each other since they were quite young. Griffin has always fancied Phoebe and realises he still likes her after he returns to his hometown. Griffin is determined to reconcile with Phoebe in the hopes of becoming more than just a friend to her.

There was a lot of hype about The Last Summer. I first saw this film advertised on Netflix and had also seen it advertised in other online spaces.

With the movie aimed at a younger audience, the cast of this film are perfect because they are all young actors. Young people in today’s generation can recognise them and relate to the experiences and feelings featured in this film.

The storyline of this movie was well planned out, with the overall message being that sometimes things work out and other times they simply don’t. Life is full of surprises and so much can happen in so little time. I felt like this film accurately portrayed the teenage experience.

I really did enjoy watching this film. So, if you love teen movies and are a sucker for a dramatic rom-com, I suggest you watch The Last Summer.