In a climate where racism is being scrutinized, perhaps, more than ever, rugby league is still making headlines for the wrong reasons.

As the world collectively stands in solidarity with our Black brothers and sisters in America following the murder of George Floyd and Breona Taylor (among many others) at the hands of police officers we have seen the advent of the hashtag calling for people to #SayTheirName. There is power in a name.

At the same time, rugby league commentator and personality Erin Molan has decided that now might be a good time to poke fun at the pronunciation of the names of Pasifika rugby league players.

Molan has become somewhat of a celebrity through her television roles in the greater rugby league landscape. Initially a reporter for the Footy Show (a weekly rugby league show that itself had its fair share of cringeworthy content), Molan was promoted to hosting the show as all aspects of the game moved to demonstrate diversity, inclusivity and equality. She is also tasked with interviewing players during and after games and providing weekly commentary and analysis of Australia’s premier winter code on television and radio.

I imagine that being a woman in this environment would certainly present challenges. Rugby league doesn’t have the cleanest rap sheet with regard to gender equality, gender inclusivity, and sexual abuse. I write this piece in awe of her ability to transcend boundaries in one space and in bewilderment at her ignorance in another.

Māori and Pasifika athletes make up 45% of the NRL and this number is growing every season. This trend began in earnest in the mid-90s with the introduction of the Auckland (now New Zealand) Warriors. Prior to the inclusion of the Warriors in the competition there were a limited number of Māori or Pasifika players, however since 1995 this number has boomed disproportionately. Shepherd and Ilalio (2015) placed the combined Māori and Pasifika population in Australia at less than 1% of the total population, yet they form 45% of the NRL.

With such a strong presence of Māori and Pasifika athletes contributing to the commercial success of the game (something I have touched on before), why would anyone believe it was acceptable to intentionally take away from someone’s mana by denigrating their name, their identity, to get some laughs on live radio. Molan, referring to a Pasifika rugby league player used “hooka looka mooka hooka fooka” in place of his name; Haumole Olakau’atu. Having been criticised for this by Pasifika players and academics, her response has been that it was an ‘inside joke’.

This ‘inside joke’ has prompted some Pasifika athletes, such as Tino Junior Poluleuligaga, to call on others to boycott interviews with Molan. Martin Taupau (Manly Sea Eagles, New Zealand Kiwis and Toa Samoa representative) has spoken out on the disrespect of her actions stating that this mockery of Pasifika identity is “disgraceful“ and that “My grandfather would be tossing in his grave in anger!”

In Māori and Pasifika cultures, our name defines us. It tells us so many things; who our ancestors are, what iwi, hapū, a’iga or village we come from. For many of us, our name is far more important than our job title or the position we hold in society. Our name IS OUR IDENTITY. It is our whakapapa. It is not an inside joke for people outside of our culture to belittle at will.

Molan’s presence in rugby league is reflective of change. She represents women in a world of hyper-masculinity. However, her ignorance of the names of Pasifika athletes, those without whom the game would not be what it is, is unacceptable. Erin Molan’s inability to recognise the importance of a name is reflective of the changes that we, as a society, need to make to uplift one another and to recognise and respect our differences in a way that encourages growth and learning.

It is time for us all to put some respect on a name. 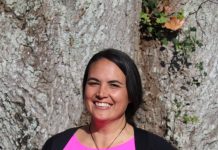 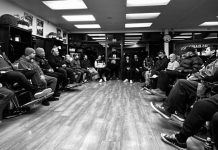