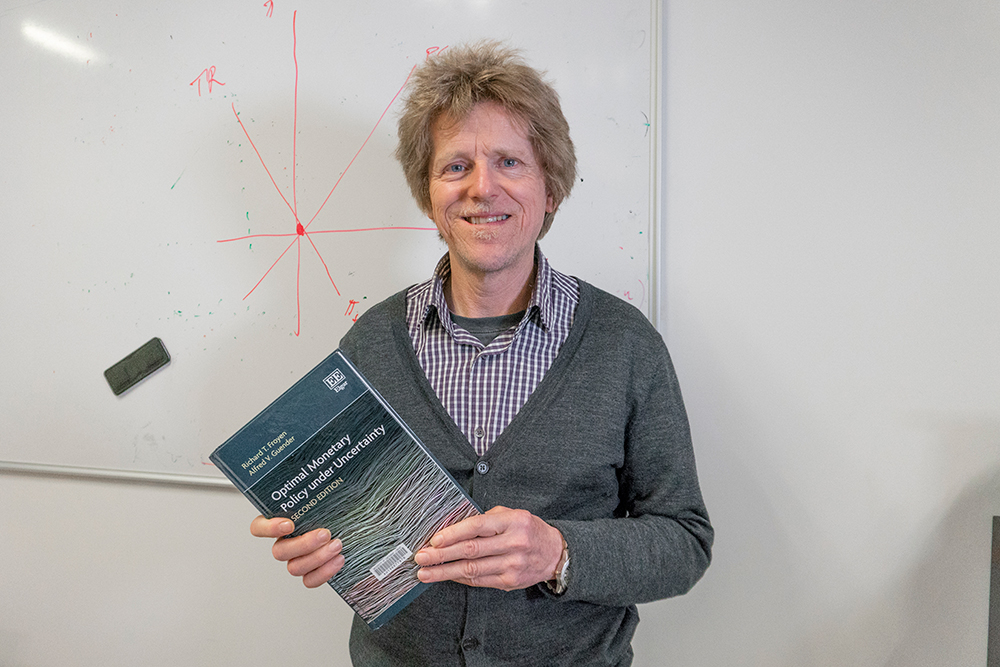 Optimal Monetary Policy under Uncertainty (second edition) links previous and current research of monetary policymaking, offering a valuable resource to new and established researchers. The book traces the development of monetary policy analysis over the past 50 years.

The first edition (2007) of the book received favourable reviews that saw it become a staple resource in research libraries and central banks all over the world. Early reviews indicate that the second edition will make a similar impact, with reviewers praising it as being a lucid exposition of monetary policymaking at the macroeconomic level.

The second edition features an entirely new section motivated in large part by the world financial crisis of 2007-09. The crisis has led to a major re-thinking of the way central banks conduct optimal monetary policy. The new edition covers a broad range of new developments in the model-based literature on optimal monetary policy in the presence of uncertainty, including an entire chapter dedicated to the implementation of monetary policy when the central bank has run out of room to lower interest rates further.

Insights from the authors’ joint published work is woven into the new book, and Associate Professor Guender says that it will continue to underpin his postgraduate course in monetary policy. As a result of Guender’s teaching in the field at the University of Canterbury, many postgraduate students from the Department of Economics and Finance have been recruited by policy-making institutions in New Zealand and abroad, including the Reserve Bank of New Zealand, NZ Treasury, the World Bank, and the International Monetary Fund.

Further information about the contents of the book can be found here: https://www.e-elgar.com/shop/optimal-monetary-policy-under-uncertainty-second-edition

The UC Business blog is a platform for academics, staff, and students to communicate research, student life, and events happening at the University of Canterbury’s Business School.

Can We Communicate Ourselves to a Better World?

A Life-changing Trip: A Student’s Journey to China