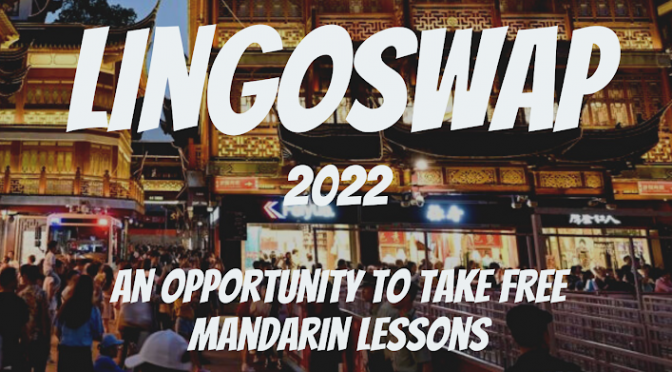 GCC are happy to announce that we are bringing back ‘LingoSwap’

FREE BEGINNER MANDARIN LESSONS for those wanting a crash course in the language and culture run by the Confucius Institute at UC.

This crash course is perfect for complete beginners who have no previous background in Mandarin Chinese. Our goal for you is to nail the basics and build a strong foundation for your future adventures.

Starting on the 21st July, spaces are limited so SIGN UP NOW!

Digital Services is happy to announce that the Dell Purchase Program is now available to University of Canterbury staff and students.

The offers are updated on the Dell webpage regularly.

How to request for a discount coupon:

*Kindly note that each email is allowed to generate one coupon code every 24 hours only.

Boxing is in the blood of the University of Canterbury, perhaps because our city and region led the way in the development of this sport in NZ. New Zealand’s first boxing bout for money was held on the banks of the Waimakariri River in July 1862, with an impressive prize of £100 on offer. The New Zealand Boxing Council was then founded in Christchurch in 1902 at the Hereford Hotel, and the first annual national boxing championships were held here in Christchurch, also in 1902.

The sport was introduced into NZ by schools and universities in the early 1900s, where it became part of the school sports curriculum for boys. The official Canterbury College Boxing Club was formed in 1909, though some students had originally formed a club prior to that in 1898. In their first year, the Canterbury College Boxing Club took out a victory against the Otago University Club.

The artifact shown here is an intra-club trophy, fought for by all of the members of the Canterbury College Boxing Club from 1921 to 1927. The names of the victors are engraved on the side, along with the year in which they won the prize. Stanley Farquharson is the most prominent name on this cup, winning the trophy three years consecutively from 1921 to 1923. During his time at the Canterbury College, he won a College ‘blue’ award, most likely for his boxing. In 1924, Farquharson married Isabel Gytha Owen, another Canterbury College graduate, in Vancouver, where he also founded the civil engineering company of Farquharson Goforth Ltd. clubs, though the University club has long since disappeared. This may have been due to the decline of interest in boxing in the 1960s. However, this simple silver trophy, kept safe in the UCSA archives, is a reminder of the wide range of sports like boxing that have been undertaken by Canterbury students over the last 149 years

As always, if you have any other information on heritage items relating to the history of the University, please contact us – we would love to know more!

Find out more about the Canterbury College Collection online at here.