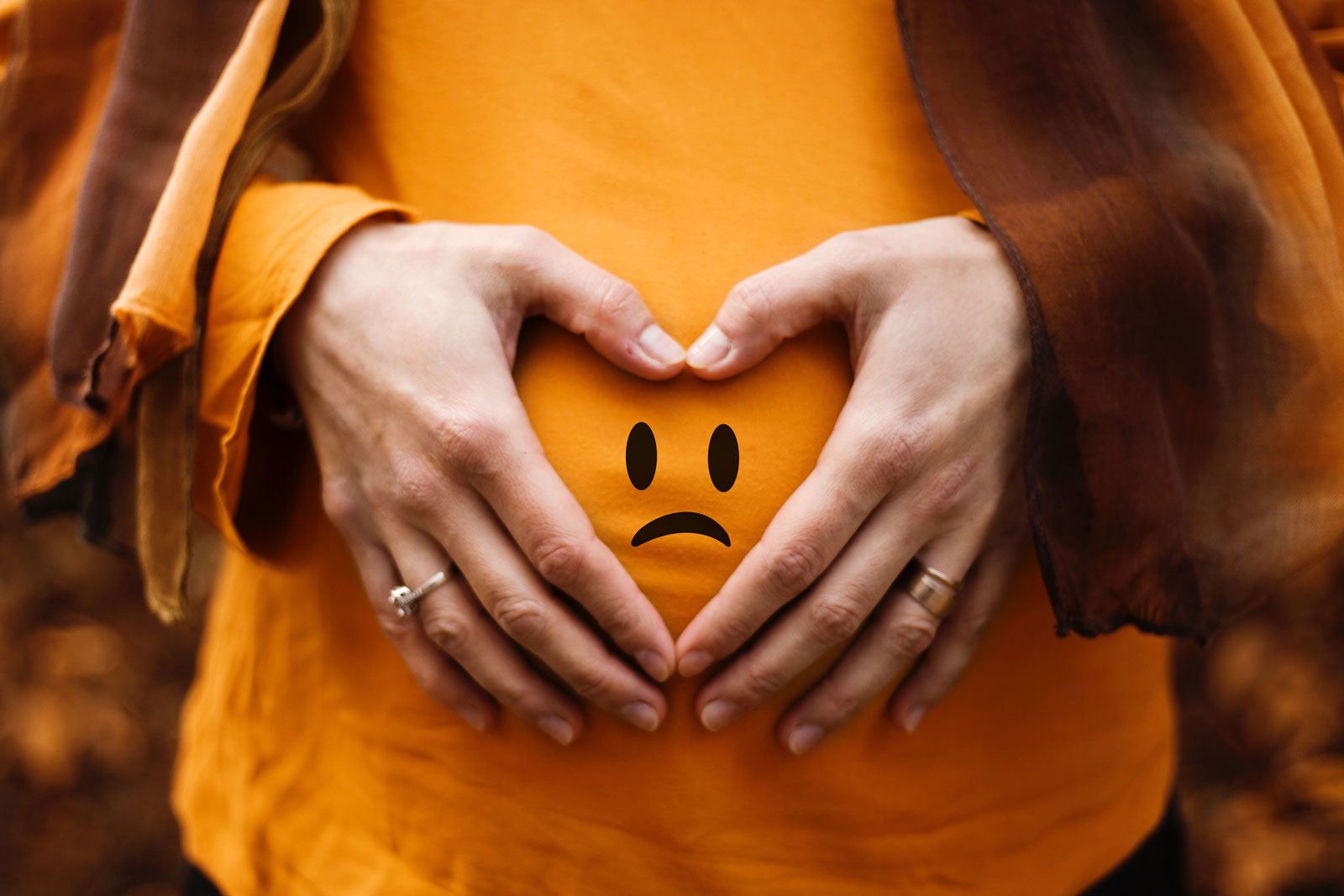 Pregnancy is a time where many physiological and psychosocial changes occur. It can bring feelings of excitement but also apprehensiveness and stress and is a period of increased vulnerability for the onset or relapse of mental illness. The most common mental health problems during pregnancy are anxiety and depression which are amongst the leading causes of maternal morbidity and mortality worldwide (1). New Zealand is home to some of the highest rates of antenatal anxiety and depression internationally with between 20-25% and 12-22% of pregnant women affected respectively (2, 3).

Symptoms of antenatal anxiety and depression often occur concurrently; they can range from mild to severe and can either continue onto or begin anytime during pregnancy. Symptoms of antenatal anxiety can include panic attacks, phobias and persistent worry. Symptoms may also include often feeling irritable, tense, low in energy and have difficulties with concentration or sleep. Pregnant women experiencing depression can feel low in mood and/or lose interest of pleasure in things that they usually enjoy. They may experience changes in sleep or appetite, feel on edge, guilty, worthless and/or hopeless. They may have little energy or motivation to do anything, have poor concentration and even have thoughts that life isn’t worth living.

Many symptoms of antenatal anxiety and depression such as fatigue, loss of energy, appetite and changes in sleep, overlap with normal pregnancy symptoms and as such, it can be difficult to distinguish between common pregnancy symptoms and those which may be expressions of a more serious underlying mental health issue. Although a degree of anxiety and ‘ups and downs’ is normal, when there are several symptoms present and the symptoms begin to affect a women’s daily functioning or become upsetting, antenatal anxiety and depression may be a cause for concern.

Some pregnant women are at greater risk of developing anxiety and/or depression than others. Women who have a personal history of mental illness, have little support from their partner or socially or who have an unplanned or unwanted pregnancy are more likely to develop antenatal anxiety and depression as well as women who have experienced adverse life events, high stress and present/past pregnancy complications or loss (4).

Currently in New Zealand as in many other countries, the first line of treatment recommended for mild to moderate symptoms of antenatal anxiety and depression is psychological interventions which typically include talking therapies such as cognitive behavioural therapy (CBT) and interpersonal therapy (IPT) (14). Although evidence to support the efficacy of these treatments is increasing (15, 16), and the majority of pregnant women prefer this form of treatment over medication, many women have difficulty accessing these treatments due to issues with time, stigma, cost and childcare (17).

For more severe symptoms, psychiatric medication is the recommended treatment even though there is little evidence to support its effectiveness and safety during pregnancy (14). Many pregnant women are reluctant to use this form of treatment given the known and unknown risks to the foetus (18, 19). Unfortunately, risks to the exposed foetus/infant are well documented and include congenital abnormalities (20, 21), developmental delays (22-26) and increased risk of mental and physical health problems later in life (27-29). For any pregnant woman suffering from anxiety and/or depression, the risks of exposing the foetus to psychiatric medication during pregnancy must be weighed against the risks to both the mother and the foetus of untreated anxiety and depression (30).

Nutritional interventions present another possible treatment option given that diet has shown to play a significant role in maternal mental health. Diets that are less diverse and poor in quality such as those that are highly processed and contain sugary foods have been associated with symptoms of antenatal depression, anxiety and stress (34). A healthy diet on the other hand such as the Mediterranean diet that is rich in fruits and vegetables and healthy fats from nuts, seeds and fish has been associated with lower symptoms of depression and anxiety during pregnancy and improved cognitive enhancement and social relatedness in the infant (35).

A healthy, varied diet is important for maintaining wellbeing perhaps owing to the variety of vitamins and minerals contained in food. Nutrients work together in the body and indeed every cell in our body requires a diverse range of vitamins and minerals in order to support both physical and mental functioning. Some people however, may need more nutrients than they can typically obtain from their diets resulting in fewer nutrients to support optimal brain function. One way in which we can get more nutrients into our body is to supplement with vitamins, minerals and amino acids.

Although a number of studies have focused on the prevention of postnatal depression using nutritional supplements, very few have investigated their use for the treatment of anxiety and depression during pregnancy. Omega 3 fatty acids have shown promise for reducing depression scores during the antenatal period (37) and a multi-vitamin and mineral supplement taken during the preconception period has improved symptoms of depression for women with evidence of mood disruption (38). Indeed, evidence has accumulated over the last ten years showing that multi-vitamin and mineral interventions have been beneficial for a variety of psychological conditions including low mood and anxiety (39). Nutritional supplements may therefore present as an alternative treatment for antenatal anxiety and depression; however, more research is needed.

The Mental Health and Nutrition Research Group at the University of Canterbury is committed to finding and evaluating new ways forward for women struggling with these symptoms during pregnancy. As such, we have designed a trial that can inform expectant mothers and health professionals whether micronutrients can be effective in reducing symptoms of antenatal depression and anxiety as well as improve general health outcomes and development of their infants.

In order to move science forward, we are looking for pregnant women aged 16 years and over, between 12-24 weeks gestation and feeling low, irritable or anxious. All women are randomised to take either a broad-spectrum micronutrient formula or an iodine formula for twelve weeks. After twelve weeks, all women can try out the nutrients, which are provided either until birth or six months postpartum. The trial has been approved by the national ethics committee as well as by Medsafe. The research team involves a psychiatrist/physician, a midwife and a registered clinical psychologist, providing mental health oversight to all women participating in the trial. For more information, visit this link.

It is clear that antenatal anxiety and depression are serious problems that need to be recognised and treated urgently and effectively. Emerging evidence suggests that alternative interventions may be effective at treating anxiety and depression during pregnancy and may provide additional options for women who do not want to engage or are not able to access conventional treatments. Further research will help with making those difficult decisions about which treatments hold evidence for effectively treating these debilitating symptoms that can emerge during pregnancy.