Deep in a coal mine, a bright yellow canary sings in a cage. Slowly its song quietens down and dies. The coal miners look up, with concern on their faces they quickly line up and exit the mine before the dangerous gases get them too.

This is the image often used by Antarctic scientists to illustrate the role of the Antarctic continent in a rapidly changing world. The Antarctic environment is incredibly sensitive to change, and penguins can be like the proverbial canary in a coalmine, warning us about the health of our planet.

It’s pitch-black, the middle of the Antarctic winter. Winds are screaming down off the Antarctic Plateau, buffeting an isolated rabble of male emperor penguins, just barely surviving on the energy stores they built up whilst gorging themselves at the edge of the sea ice a few months ago. This sea ice is critical for emperor penguin foraging and survival.

Recent research co-authored by a University of Canterbury scientist shows that if we don’t do anything to slow down global temperature rise, this critical sea ice habitat will gradually disappear; and by the year 2100, at least 80% of emperor penguin colonies. If, however, we take action to reach the Paris Agreement target of 1.5-2˚C global warming, we would only lose 20-30% of these colonies. That means we can look at how penguin colonies change over the coming decades and see if we are on track for reaching these global emission targets.

Like emperor penguins, Antarctic krill need sea ice to survive. Krill feed on algae, and the rough underside of the sea ice provides a refuge for algae to absorb sunlight, grow — and be promptly eaten.

Unfortunately, krill are also struggling from serious levels of overfishing in the Southern Ocean. Krill are a very important food source for many species, from blue whales and penguins, to some of the fish found in our supermarkets.

The housecat-sized Adélie penguins eat over a kilogram of krill in a single day! Adélies live on rocky shores and so are a lot easier to count than the krill hiding beneath the ice. This means that scientists can use the number of penguins to work out how many krill there must be to feed them. The number of krill affects the entire Southern Ocean food web, from the recovery of whales in our ocean, to the price of fish on our kitchen table.

For better or for worse, as human beings we have a lot of power over the fate of our planet and the penguins that live on it. This is an international journey that starts with studying our wildlife and finishes with taking informed decisions as a global community about how we will manage the resources available to us. Learning more about penguins can better inform those making decisions on fisheries and emission standards not just in New Zealand, but throughout the southern hemisphere where the penguins live.

We sit at a crossroads, where our actions can prevent the decimation of emperor penguin colonies or the loss of Antarctic krill. So then, all that remains is to get learning!

Arek Aspinwall is a MSc student at the University of Canterbury, studying Adélie penguins. Originally from the UK, Arek is a zoologist with a passion for the great outdoors and all the animals found within it.  Follow Arek on his Twitter.

Gateway Antarctica is the Centre for Antarctic Studies and Research at UC, with the aim of enhancing our understanding of Antarctica in the context of the global environment. The centre is a focal point for Antarctic study, and plays a leading role in national and international Antarctic collaborative projects, research, analysis, learning and networking. Follow Gateway Antarctica on Twitter | Instagram | Facebook 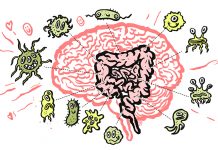 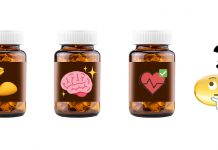