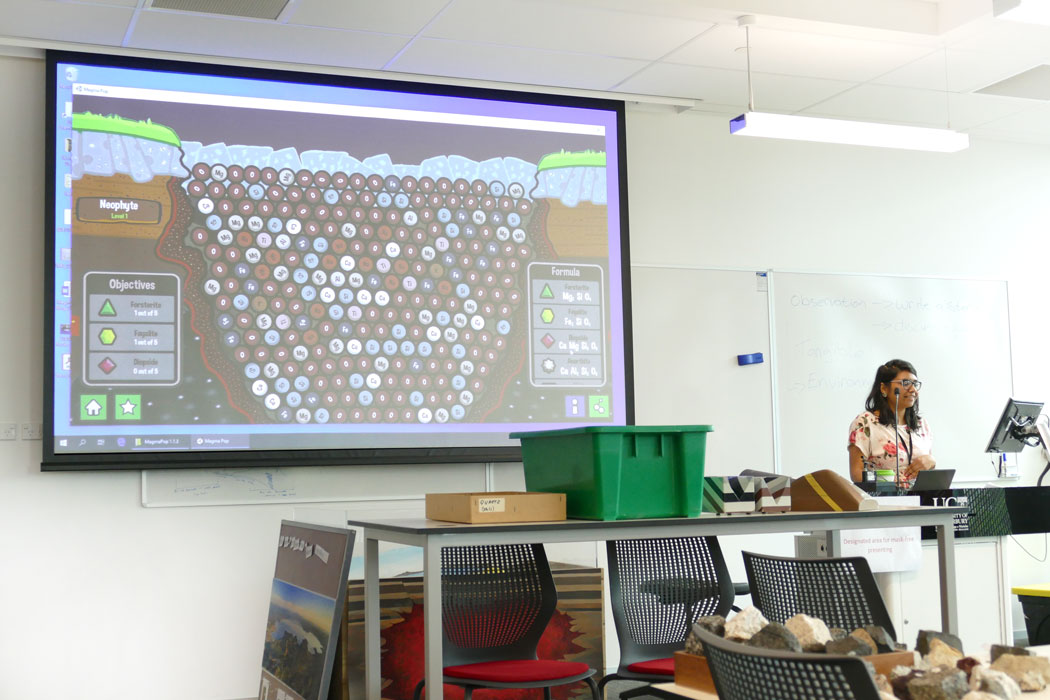 Volcanoes are one of the most fascinating features on the surface of the Earth. We have come a long way from the time when Jules Verne fantasized about travelling through volcano tubes in his book “Journey to the Centre of The Earth”. However, the plumbing system of volcanoes still remain a mystery. Human civilization has neither the knowledge nor means to understand them completely.

To be fair, it is not feasible to go inside an active volcano. It is thus challenging to communicate the hazards that potentially exist especially when people cannot see what is happening beneath a volcano.

Researchers at the University of Canterbury are trying to make this understanding a fun and engaging process through a serious game called Magma Pop. A collaborative project between UC’s School of Product Design, School of Earth and Environment and School of Teacher Education, Magma Pop aims to re-enforce concepts related to geology (such as specific mineral formula; magma chamber cooling, etc.)

The game can be played on any Windows machine using a keyboard and a mouse. There are three levels in the game and each level has a set of objectives (or rather a set of minerals that need to be formed) to proceed to the next level.

In order to form the minerals, players have to select the different constituent ions that form the minerals. As such it is a very useful tool for teaching geology at the undergraduate level where students are getting familiar with different earth-forming minerals but often times get confused when having to memorize the formulae. Level 1 of the game provides opportunities to students to practice the mineral formula as they have to collect a set of minerals before progressing to Level 2.

Once all mineral objectives are attained, Level 2 of the game is unlocked. Here players can explore the interplay between temperature, crystallization and the magma composition. The central idea of this level is to emphasize that different minerals crystallize at different temperature intervals and to successfully complete the level, players have to collect specific minerals at the optimum temperature range.

Magma Pop was play tested in a 300-level geology classroom in July 2020 at the University of Canterbury. With ongoing consultations with cultural supervisors, scientists and emergency management team, Magma Pop is evolving towards incorporating storylines, and bicultural aspects within the game.

Dr Sriparna Saha is a PhD student in GeoEducation at the University of Canterbury, where she is using Digital Storytelling for Volcano Risk Literacy. She has a PhD (2019) in Earth, Environmental and Planetary Sciences from Rice University (USA), where she used experiments to understand the origin of continents. She feels strongly for communicating science and art and is continuously looking for innovative ways to blend the two.

Nikita Mae Harris is a Senior Tutor at UC’s School of Product Design for the Applied Immersive Game Design major. She is also an avid gamer whose interests also includes the application of gaming elements into non-gaming activities (e.g., education, training) to solve problems.